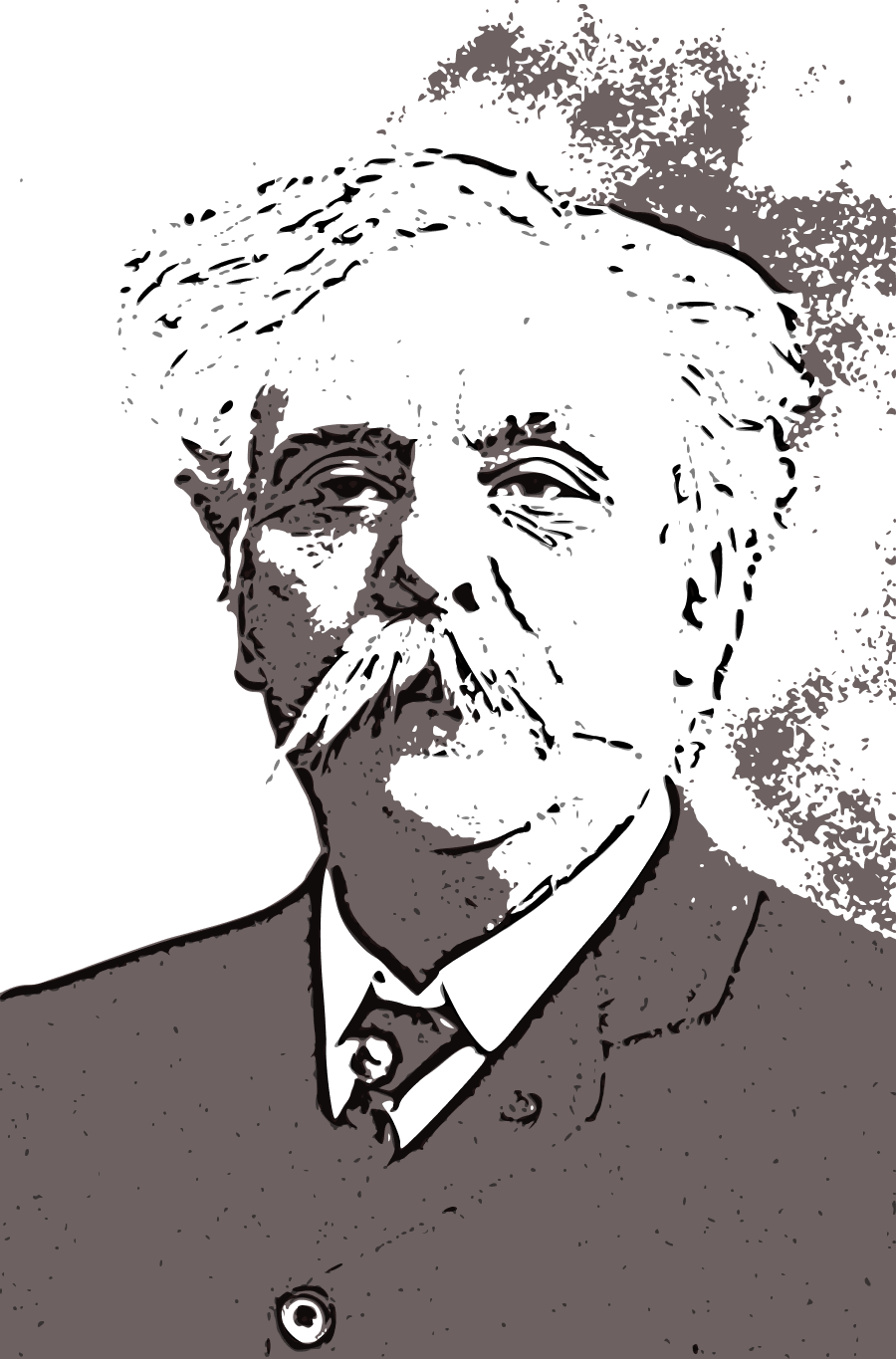 Gabriel Urbain Faure was born in May of 1845 in Pamiers, Ariège, France to school director Toussaint-Honore Faure and five siblings. Records suggest that he was mostly self-taught in his youngest years, receiving inspiration from lesson observations at the small school. Around 1856 he joined the Paris conservatory to study under Louis Abraham Niedermeyer, founder of Ecole Musique religieuse (aka Ecole Niedermeyer de Paris), and whom gave Faure a scholarship given his father’s meager means. He also learned piano from Camille Saint-Saens after Mr. Niedermeyer’s passing and music theory from Louis Dietsch.

After leaving his schooling in 1856, Faure w as hired as the organ player of Saint-Sauveur de Rennes Cathedral and held the position until 1870, after-which he traveled back to Paris. There he provided accompaniments on the organ to the Church of Notre-Dame de Clignancourt, and served as the ‘Maitre de Chapelle’ and organist at ‘la Madeleine’. Gabriel served in the infantry during the Franco-Prussian war but returned safely and became the organist at saint-honore d’Eylau and later Saint-Sulpice.

Multiple composers showed interest in the music of Faure including Franz Liszt, whom he met in 1882 in Zurich, and Tchaikovsky.

In 1892, professor of composition at the Paris Conservatory, Ernest Guiraud passed away and was succeeded by Faure. He would also eventually take the place of Dubois who was the successor of Thomas Ambroise. In this high position, Faure would eventually teach Maurice Ravel and Georges Enescu.

A little-known fact is that Faure began writing a violin concerto in D minor (op.14). It is considered unfinished but the score appears to be available: https://repertoire-explorer.musikmph.de/en/product/faure-gabriel-16/

Dedications to Faure include music by Enescu, Albeniz, Boulanger, Pierne, Ravel, and Poeme Elegiaque by Ysaye,

Debussy produced many editions of vocal and instrumental music by Bach J.S. and arranged compositions of Mozart and Beethoven.