Another advantage brought about through the use of the Becker Chin and Shoulder Rest, is that it enables entire looseness of the elbow joint, as well as a firm and secure position of the wrist. A constant strain in the neighbor­hood of the left shoulder was one of the many drawbacks brought about by holding the violin in such a position as to bring the scroll directly into a straight line with the shoulder In doing away with this drawback the use of this admirable Chin and Shoulder Rest also enables a freer and less restrained movement and action of the fingers. The ball of the thumb should come in contact with the cornered projection of the neck while in the Third Position (see Illustration XII.) However, this position of the thumb and forefinger was only intended for the first three positions. Louis Spohr refers to the position of the hand in the Fourth Position as follows, in his violin school: “In the following Fourth Po­sition the left hand must be raised a trifle above the edge of the top, in order that the fingers may reach the G string with ease and fall upon the fingerboard straight from above.” (See illustration V.)

Correct position of the arm and hand as seen from the front. The first joint of the first finger does not touch the neck, but is placed at a distance from it. The elbow is not placed directly under the middle of the back, but below the right rib of the violin. 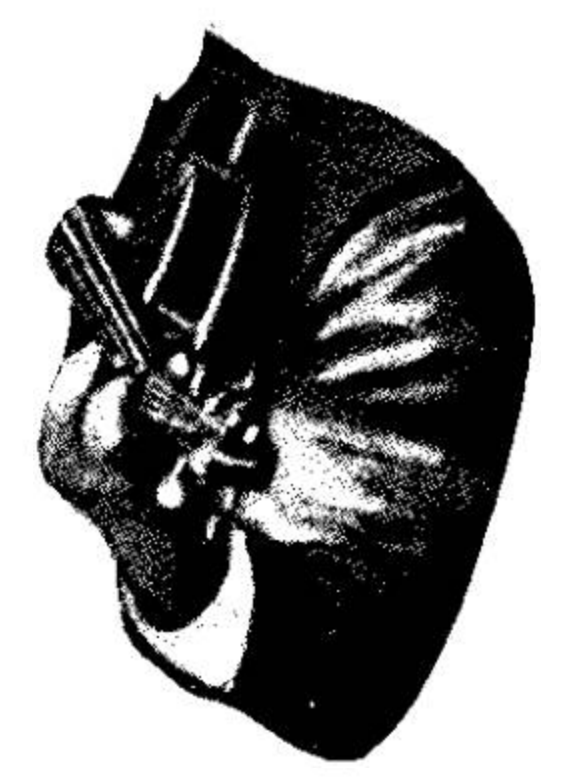 This raising of the hand is continued more and more with every succeed­ing higher position. Gradually the thumb leaves its original position and draws around the lower projection of the neck, while the elbow is con­stantly drawn more below the center of the instrument (see illustration XV.)

Correct position of the hand in the half-position, as handed down from the classic players. (The fingers stopping A-flat, B-flat, C and D-flat on the G String.) 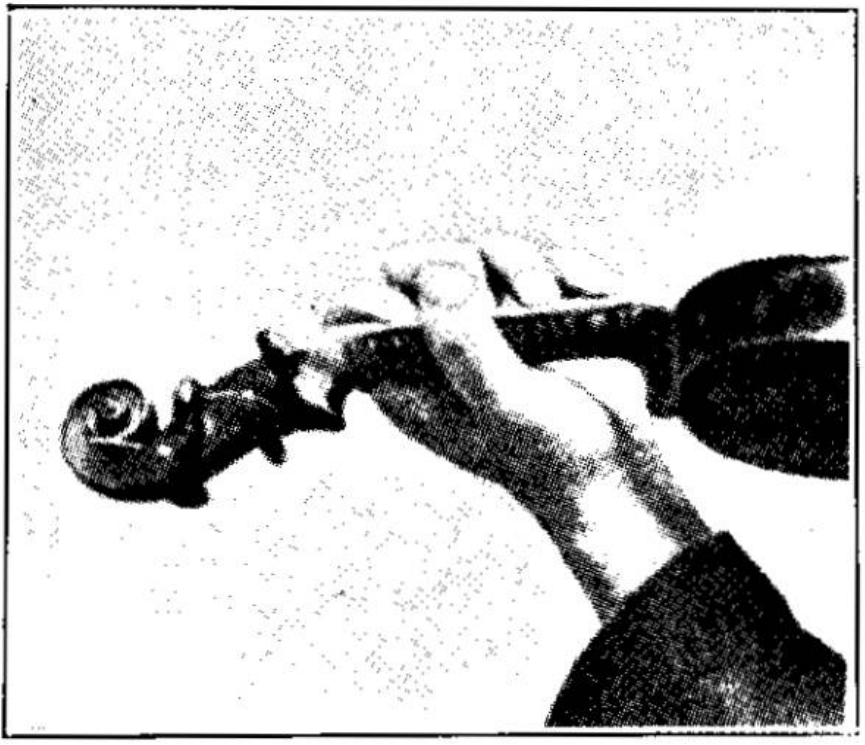 Paganini Caprice No.4 in C minor