When once a player has become accustomed to [the hand positions described in chapter 5], the advantages of these new positions are enormous. For instance, in attempting to place the fingers simultaneously upon the fol­lowing combination of notes:

or even for simple stretches of the fourth finger upon the lower two strings as below:

We will notice that with undeveloped hands of children or with short-fingered hands of adults, the thumb will, as already mentioned, withdraw from the side of the neck of its own accord, and the second thumb joint will place itself somewhat beneath the neck. (See Illustration V.) This position of the hand, with which the elbow is moved much more toward the right—nearly beneath the rim of the right rib (see Illustration V.) must now be accepted and considered as the normal position. With it the fourth finger will be enabled to stretch the above intervals with much greater surety and ease. This holds good in simple successions of intervals, as well as for double, triple and quadruple stops. It must be understood that the functions of the thumb consist principally in exercising a balancing pressure against the downward ac­tion, or stopping of the fingers. This it can not accomplish satisfactorily, when held at the side of the neck. The neck must rest upon the second joint of the thumb. In this position the fingers, including the naturally weaker third and fourth, can fall upon the fingerboard firmer and stronger than with the old position. (See Illus­trations VII, IX, XL, XIII, XIV, XV.)

Correct position of the hand in the first position, as handed down from the classic players. (The fingers stopping the notes A, B, C, and D on the G string.) 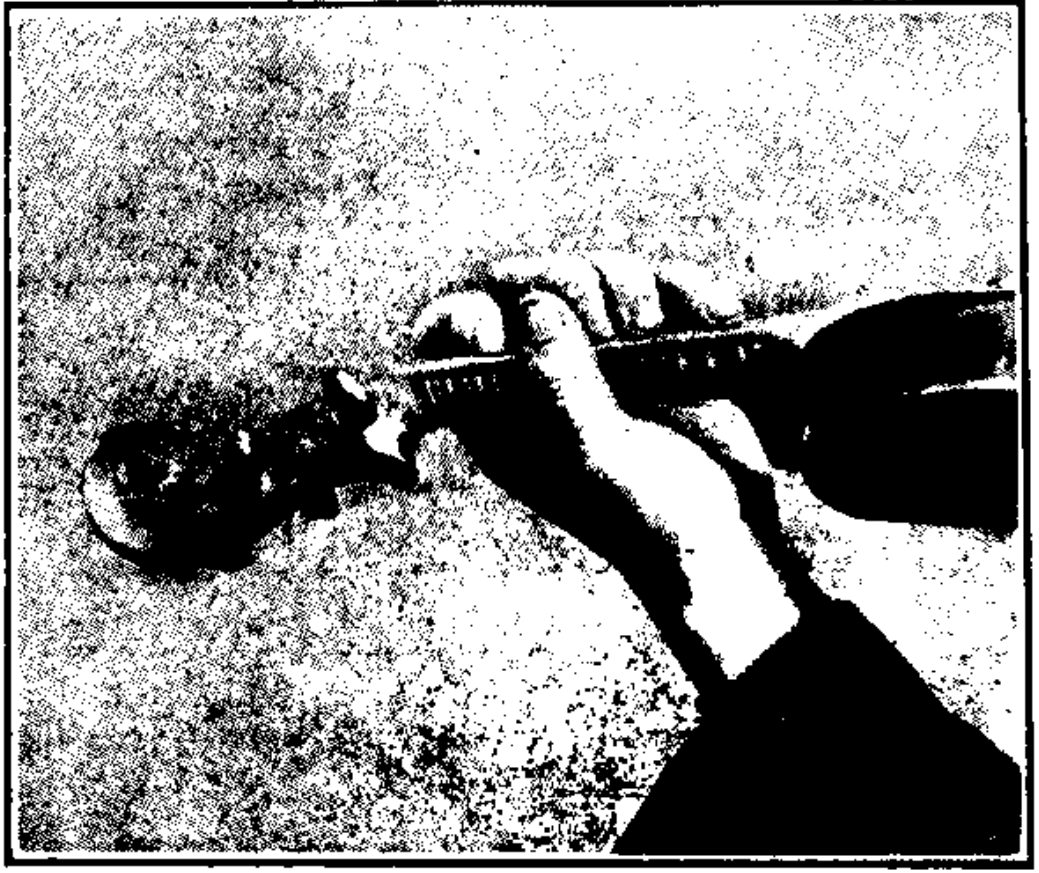 This new position of the hand is a quiet and well regulated one, and through its aid difficult double, triple, and quadruple stops can be executed without constantly moving, shifting or turning the hand itself. With the old position of the hand the fingers of beginners must be stretched considerably, while playing upon the lower strings, as the connecting muscles of the fingers as a rule only become pliable and flexible after years of practice. With the position of the hand at right angles, however, the fingers, placed correctly in both joints, will be enabled to master all the strings in every particular.

Paganini Caprice No.6 in G minor