Records and Witnesses to Paganini's Manner of Performing

It now remains to be proved if this position of the hand and arm was, or was not, made use of by Paganini. And then, how and in which manner a beginner as well as an advanced and competent violinist who has played in the cus­tomary old established position, can, in time, ac­custom himself to this much better and more advantageous hand and arm position. That sudden change to the latter is not possible at once, or even in a few weeks, will be easily­ understood by everyone. In reference to the first question, pertaining to the customary position of the violin, we have been taught that the left arm should remain in its natural posi­tion, in such a way that the elbow comes to be placed under the middle of the instru­ment, in a vertical position; this, of course, will always remain the most natural position.

Paganini’s position, however, is more strained, in so far that, with in bent upper arm, he presses the tip of the elbow closely against the body.” From this short statement of Guhr’s alone, who, it is claimed, was an excellent violin­ist himself, the proof is given that Paganini’s hand position was a more right-angled one, brought about by the forced position of the el­bow toward the right, or vice versa—the more proof: Sketches made of

Correct position of the hand in the second position, as handed down from the classic players. 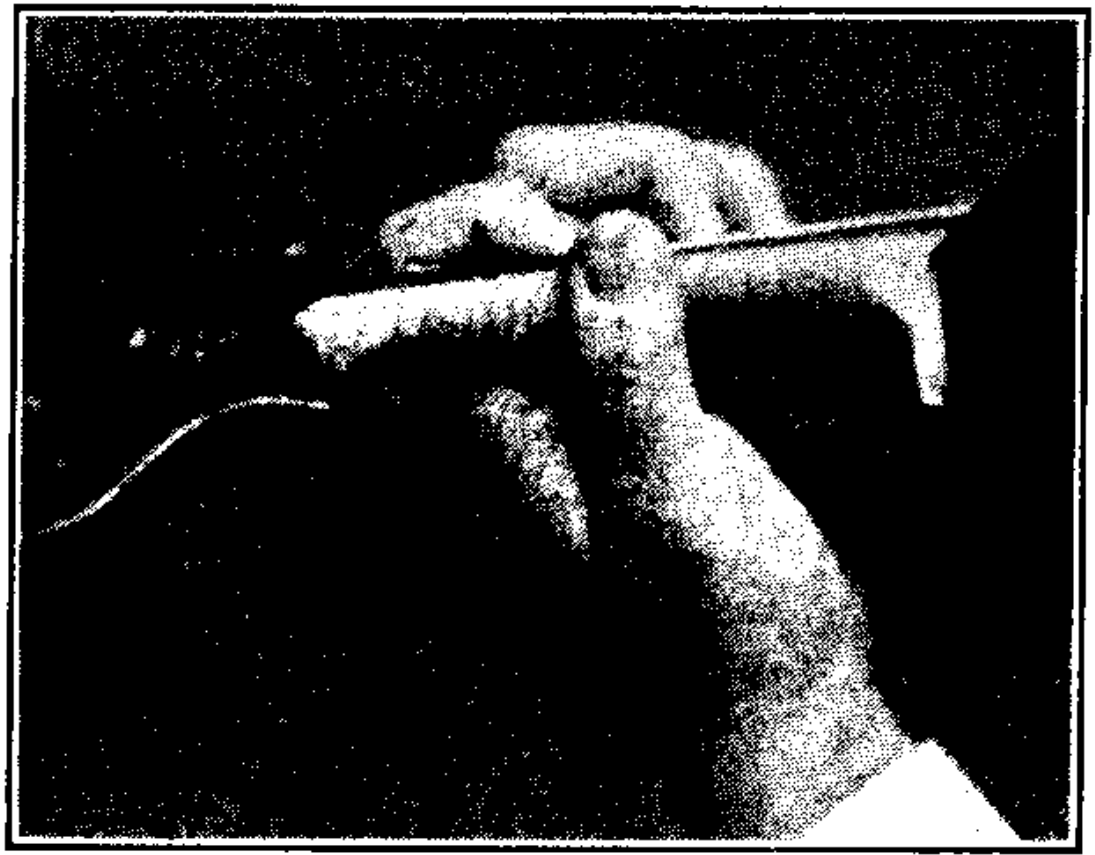 Paganini in various cities while playing, bear out the most satis­factory evidence that he did play in tins man­ner. In these sketches the pressed position of the elbow toward the right, as well as the resting of the neck of the instrument upon the second joint of the thumb, can be observed most sur­prisingly. Furthermore, it is proved by the re­marks of a famous Paganini enthusiast, Carl Guhr, in his time kapellmeister at the Stadttheater in Frankfurt on the Main, who enjoyed the opportunity of watching Paganini’s performances both in public and private for a longtime. In his special work Paganini’s Art of Playing the Violin (Über Paganinis Kunst die Violine zu spielen), he referred to Paga­nini’s position by stating that: “In considera­tion of the right angle hand position employed by Paganini he finally adopted the above­ described position of the elbow.” The great advantage of placing the fingers of the left hand upon the fingerboard by pressing the elbow more toward the right, has already been alluded to. However, that it should be pressed against the body as Paganini did, has become entirely unnecessary since the invention of the Becker Chin and Shoulder Rest.

Correct position of the hand in the second position, according to the author's modern principles and requirements. The tip of the thumb pointing toward the peg-box. (The fingers stopping [the notes] F, G, A, and B-flat on the D String). 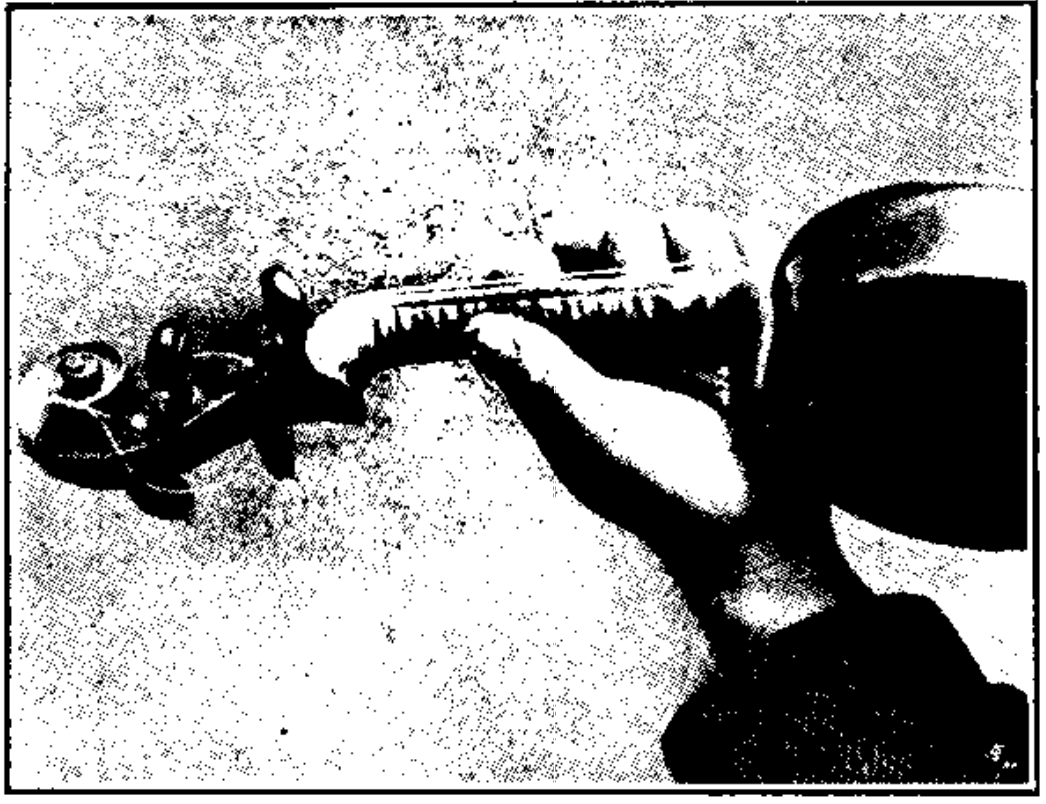 It is more than plausible and a positive cer­tainty that for many years Paganini himself had played with the customary arm and hand position. It is known who his teachers were; and as it is also known that they played and taught in strict accordance with the teachings of the old school, it is clear that under no circum­stances would they have allowed any emancipa­tion on his part in this particular, at such an early date. Undoubtedly Paganini was prompt­ed to adopt this new position, which differed so enormously from the teachings of his instruc­tors during the evolution of his own original school of playing, which, as evidenced in his Caprices and Concertos, constantly favored the highest positions (or in connection with these).It is also plausible that he gradually made the change through observation of the mode of playing the Cello, in which as we all know, the neck is placed “upon” the thumb. In all probability this change of position occurred during his three-year engagement as chef d’orchestra at the court of Lucca. According to his own suitable remark at the time, that “one day taught the next,” it is said that during this en­gagement he arrived at the perfection of his re­markable proficiency upon the G string, and other striking inventions.

Paganini Caprice No.8 in E-flat major