Practicing the Left-Hand Hold of the Violin or Viola

Another point in favor of this new position is that for double stops, which demand greater stretches, the crooked and jumbled placing of the fingers—particularly of the third and fourth—will be avoided. With the old position of the hand this improper placing of the fingers very often causes the strings to be pushed out of place, towards the left (not so frequently towards the right), with faulty intonation as a natural consequence. The well-known rule of the old method, which reads that for the third position, the thumb-ball of the left hand must rest against the cornered projection of the neck, is entirely done away with, when employing the new and right angle position of the hand. Just as in the first, second, fourth and higher positions, the position of the hand must be a right angle one in the third position, and not a slanting one as in the old position of the hand. (See Illustrations VII, IX, XI, XIII, XIV, XV.)

Correct position of the hand in the first position, according to the author's modern principles and requirements. The tip of the thumb pointing toward the peg box. (The fingers stopping [the notes] E, F-sharp, G, and A on the D String.) 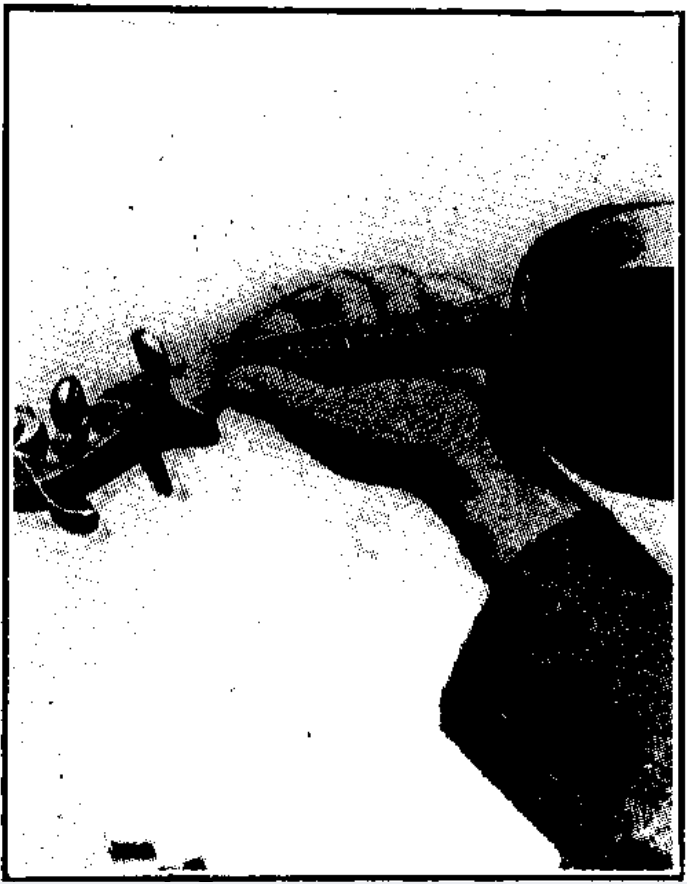 Commencing with the fourth position, however, the lower part of the hand comes in contact with the right rib of the instrument. With every succeeding higher position, the tip of the thumb is drawn below the neck more and more. Furthermore, the lower part of the hand is constantly raised toward the rib with the con­tinued use of the higher positions. In fact, with the highest intervals upon the D and G strings, the hand is even raised above the top of the instrument, leaving the rib entirely. This can be proved most easily by playing as­cending octaves, or diatonic or chromatic scales with one finger upon one string, as in this way a change of position occurs upon every interval:

A) detached B) first four then eight notes in a slur.

[Each of the following examples should be repeated] in a similar manner upon the other three strings.

Paganini Caprice No.7 in A minor