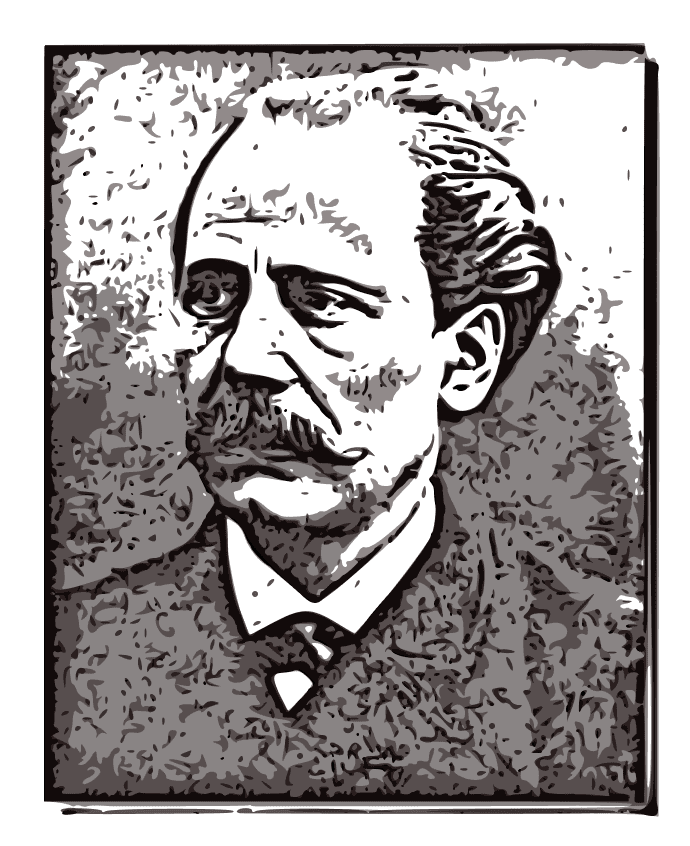 Jules Frederic Emile Massenet was born in Montaud, Loire in Southern France, in May of 1842. Ten year old, in 1853, Jules was admitted to the Paris Conservatory and began studying solfeggio and Piano with Augustin Savard and François Lauren respectively. While at school he’d won awards including the ‘Prix de Rome’ (for his Cantata “David Rizzio”) in 1859, 1862, and 1863. After a poor academic experience with Harmony teacher, Francois Bazin, Massenet had moved to Thomas Ambrois, with whom he formed a close student-teacher relationship, and who saw great talent and potential in his pupil. Thomas supported and influenced the spread of Massenet’s compositions. At 36 years old, Massenet joined the Academie des Beaux- Arts (‘The Fine Arts Academy of France), which included prestigious members such as Charles Gounod, Gabriel Pierne, Leo Delibes, Saint-Saens, Gabriel Faure, George Onslow, Jacques Ibert, Hector Berlioz, Thomas Ambroise, and Andre Gretry. (A complete list can be found here: https://en.wikipedia.org/wiki/List_of_Acad%C3%A9mie_des_Beaux-Arts_members:_Music).

Massenet was well known for writing vocal music and opera, especially in the form known as ‘Opera-Comique’ containing a mix of spoken communication with music and song. Those include his Sapho, Le portrait de Manon, and others.

And many more by less-known composers. Here are some that may interest you:

Charles-Marie Widor - sonata for Violin and piano No. 2 in D minor, op.79

Mr. Widor worked with Saint-Saens and Gounod in his time. He, notably, was Cesar Franck’s successor and a teacher to Darius Milhaud.

Massenet has notable music that may be of interest to some.

Fantasy (Fantaisie) for Cello and Orchestra in D, dedicated to Dutch cellist Joseph Hollman. He often performed with Saint-Saens and was the dedicatee of his second cello concerto

Two pieces for Cello and piano (seems useful for young students) originated from his 3 pieces for piano 4 hands, op.11, which was dedicated to Saint-Saens.