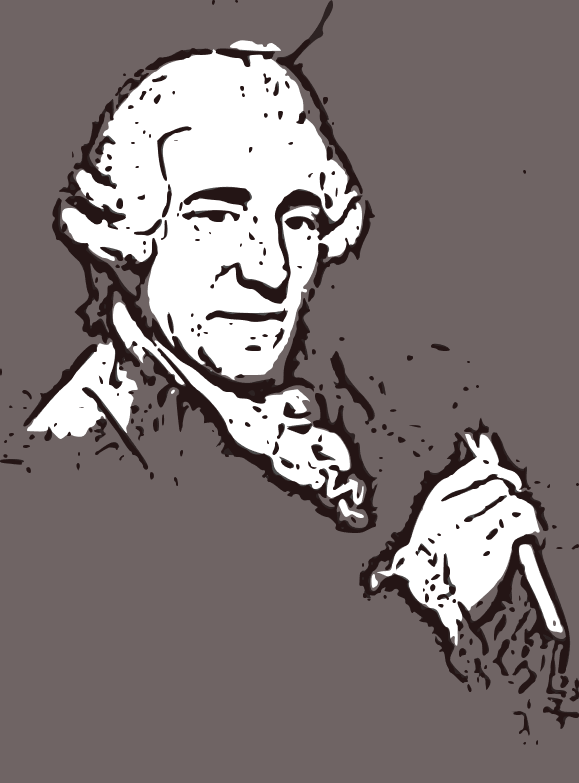 Remarkably, given that no effective copyright laws existed at the time, Haydn managed to sell the same works to several different publishers (San Francisco Classical Voice, 2021). Arguably, Haydn was not only a musical genius, but also a sharp businessman. Up until his death, Haydn was recognized as a “culture-hero” throughout Europe (Feder and Webster, 2001). By the 20th century, he would be understood as an ‘absolute’ musician with a ‘modernist’ tendency to “problematize music rather than merely to compose it” (Feder and Webster, 2001). However, many scholars still assert that his “his popularity has not been fully chartered and evaluated” and the reception, as well as evaluation, of his music “has been less thoroughly explored” (Anderson, 2005).

In the thirty years as a composer and “Kapellmeister to the Esterházy court” (Wells), Haydn wrote a total of 107 symphonies, 83 string quartets, 62 piano sonatas, 45 piano trios, 26 operas, and 14 masses (Classic FM, 2021). Aside from this massive portfolio, Haydn also wrote a countless number of scores and concertos per the requests of his patrons and the “hurdy-gurdy” (i.e. organ-lyre) (Classic FM, 2021; San Francisco Classical Voice, 2021). Specifically for his royal patron, Prince Nikolaus Esterházy, Haydn’s activities increased by a “hundredfold” (Feder and Webster, 2001), resulting with the composition of 125 baryton trios in total (Wells). Feasibly, if Haydn had not written such pieces for the baryton, the “instrument would be completely forgotten by musicians and musicologists” (Wells). While Haydn did experiment with his compositions, they were never regarded as immature (Feder and Webster, 2001). Rather, they were deemed successful, boldly individual, distinct, “technically masterful,” “rhetorically convincing,” and “generically appropriate” (Classic FM, 2021; Feder and Webster, 2001).

Haydn’s Growth as a Musician: Major Influences and Figures

Fortunately, Haydn was spared a peasant’s life, as he was born into a working class family (Wells). His immediate ancestors consisted of artisans and tradespeople (Feder and Webster, 2001). Provided that neither of his parents worked in the field, music was still of great importance for the household (Wells). To Haydn’s father, it was particularly important that the children learned to sing, and so he “organized concerts among the neighbours,” in which his children would join (Feder and Webster, 2001). The family’s fondness for music had such a strong effect, that all three (surviving) children of the Haydn family would become professional musicians, with two of them becoming popular composers (Wells). Feasibly, Haydn’s father and mother were the first prominent figures in his career. His home life would have been the first major influence on Haydn’s life decisions. His father played the harp, while his mother sang folk tunes (Wells).

As a child, Haydn was instilled with a “love for work, method, cleanliness, and above all, religion” (Fuller-Maitland, 1906). It was expected, especially by his mother, that he would have entered the priesthood or taken a position as a schoolmaster (Feder and Webster, 2001; Fuller-Maitland, 1906). However, Haydn’s musical abilities were evident early on. His parents were astonished by their son’s “correctness of ear” and the “beauty of his voice” (Fuller-Maitland, 1906). By the age of six, Haydn would be sent to live with his cousin, by the name of Johann Franck, to refine his talents and further his training (Wells). Although he lived in poverty at this time, Haydn excelled in his studies of the voice, violin, and harpsichord (Slonimsky, Kuhn, McIntire, 2001). Additionally, he received instruction in reading, writing, the catechism, and the timpani (i.e. kettledrums) (Griesinger, quoted in Feder and Webster, 2001).

Only a year later, Haydn entered the choir school at St. Stephen’s Cathedral, in Vienna, Italy (San Francisco Classical Voice, 2021). It was there that Haydn’s non-musical studies would occur, including lessons in Latin, religion, and arithmetic (Feder and Webster, 2001). For the next nine years, Haydn would remain at St. Stephen’s Cathedral, spent as a chorister (Wells). Haydn’s vocal works would continue to attract public attention, until his voice broke and he was “no longer able to sing soprano parts” (Feder and Webster, 2001; Wells). His “ethereal treble tones” had only lasted him by the age of 16 (Classic FM, 2021). Subsequently, he was dismissed from choir school and thrust into the world with no funds, no friends, and an empty stomach (Fuller-Maitland, 1906). This, of course, was not done in dull fashion. Haydn, upon his dismissal, cut the pigtail of a fellow choirboy and was subjected to the indignity of a public caning (Classic FM, 2021; Fuller-Maitland, 1906).

Forced to earn a living, Haydn would become a freelance musician (Wells). Upon his return to Vienna in 1756, Haydn’s fortune quickly turned around (Fuller-Maitland, 1906). With the rapid spreading of his reputation, new commissions flooded in from overseas (Classic FM, 2021). Subsequently, Haydn was able to raise his fees from “two to five florins a month” (Fuller-Maitland, 1906). Among Haydn’s first regular employers, there was Count Morzin (1757–1760), Prince Paul Anton Esterházy (1761–1762), and Prince Nikolaus Esterházy (1762–1790) (San Francisco Classical Voice, 2021). It was during the 1770s, that Haydn’s music would transform, taking inspiration from “a form of heightened emotionalism,” termed 'Sturm and Drang' (i.e. storm and stress) (Classic FM, 2021). Towards the later period of Haydn’s life, many visits were made to London (1791-1792) and (1794-1795), visits which would define the high point of his career (San Francisco Classical Voice, 2021). Haydn found himself adored, as though he were a celebrity (Classic FM, 2021). During these trips to England, he would compose a wide variety of pieces, including his last 12 symphonies, nos. 93-104, and his final opera, Orfeo ed Euridice (San Francisco Classical Voice, 2021).

The gradual, yet also radical, shift in aesthetic thought from the 18th century to the 19th century (i.e. Austrian Baroque and Romanticism) also saw a shift in Haydn’s compositions and reputation (Anderson, 2005; Feder and Webster, 2001). During this period, Haydn would also live through the industrial revolution, which may have inspired a bit of his processes (San Francisco Classical Voice, 2021). While Haydn was the creator of many musical genres, it is said that Mozart and Beethoven perfected these genres (Anderson, 2005). Haydn did not invent the symphony, but his work was an “important stimulus” to the development of the genre (San Francisco Classical Voice, 2021). As critics propose, Haydn's “iconic status,” although maintained by his loyal supporters, was “directly linked to the change in aesthetic values and the rise of Beethoven” (Anderson, 2005). It was at the start of the 18th century that a new branch of philosophy would rise, concerned primarily with the taste, function, as well as beauty of art (Dahlhaus, 1982). As such, music was not only categorized, but also judged based on these concepts (Anderson, 2005). With the start of the aesthetic discussion, a number of trends appeared, including “a search for criteria that could evaluate music as an autonomous art, a reconsideration of music’s purpose, and a reinterpretation of the means of fulfilling that purpose” (Anderson, 2005). It is very likely that such trends and debates shaped or determined Haydn’s own compositional aesthetic, as well as how his compositions were publicly received, evaluated, and scrutinized. Changes to patronage and employment were also prominent at this period. Consequently, Haydn would be the last major composer “to be in service” of a noble family (San Francisco Classical Voice, 2021).

Anderson, E. (2005). The Reception of Franz Joseph Haydn in Austria and Germany 1798-1830: Biography and Criticism. (Electronic Thesis or Dissertation). Retrieved from https://etd.ohiolink.edu/