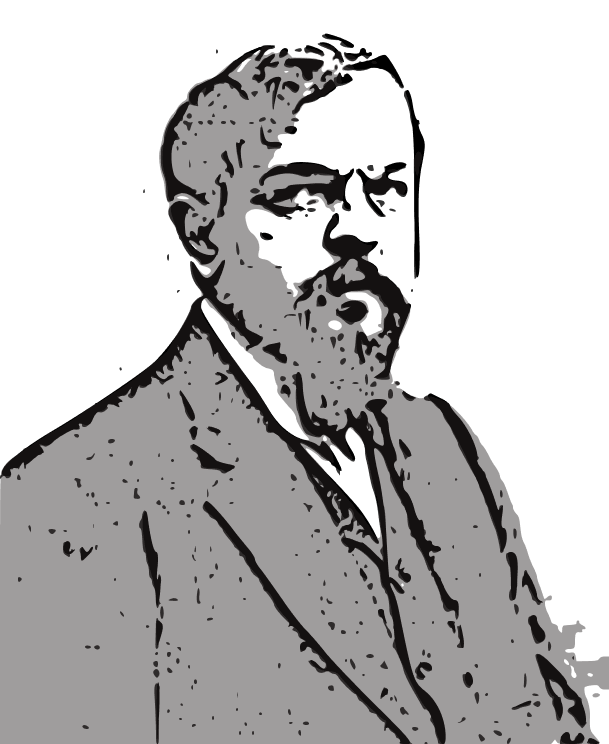 Acclaimed, often called ‘Impressionist’, composer Claude Achille Debussy was born in August of 1862 in Saint-Germain-en-Laye, France. Circa 1872 he was admitted to the Paris Conservatory and studied composition with French composer from Louisiana, Ernest Guiraud, and harmony with Albert Lavignac. He was also a piano student of the fabled teacher Antoine François Marmontel, who famously taught Gabriel Pierne and Georges Bizet. Some sources suggest he studied composition and counterpoint with Jules Massenet because he attended the university while Jules taught there.

Young Claude competed for the Grand Prix de Rome for a scholarship in 1883 and 1884. In the first year, submitting ‘Le gladiateur’ but only winning the second prize, and next year, his ‘L'Enfant Prodigue’ which won him first prize. Both were written for voice and orchestra.

In 1877 Debussy participated at the piano competition in Paris Conservatory where he performed Schumann’s 2nd piano sonata, and apparently accompanied one or more other musicians. He received the second prize for his performance but first prize for accompanying.

This wonderful source compiled known dates of concerts where Debussy attended as a pianist: http://www.djupdal.org/karstein/debussy/concerts.shtml

In his less-successful performances for the Paris conservatory piano competitions you will find that he played Chopin Piano concerto No.2 and Ballade No.2, Beethoven piano sonata no.32 op.11, and Carl Maria von Weber second piano Sonata (in Ab).

Some concerts that might interest string players include one in February 1914 in which Debussy accompanies violinist Arthur Hartmann for Grieg violin sonata, as well as performances of Debussy’s violin sonata in G minor at the Salle Gaveau Concert hall and in Saint-Jean-de-Luz, France in 1917.

Debussy was one of the first composers to introduce vast use of whole-tone harmonies. Such harmony can be considered a signature of his. Undoubtedly his inspired much of Maurice Ravel’s music and harmonic approach.

Mr. Debussy created his own arrangement of Saint-Saens Introduction and Rondo Capriccioso for violin and piano:

Some known composers who dedicated music to Debussy include Erik Satie (composer of the three gymnopedies), Maurice Ravel (known for his Tzigane) and dedicated a duo sonata for violin and cello to Debussy: