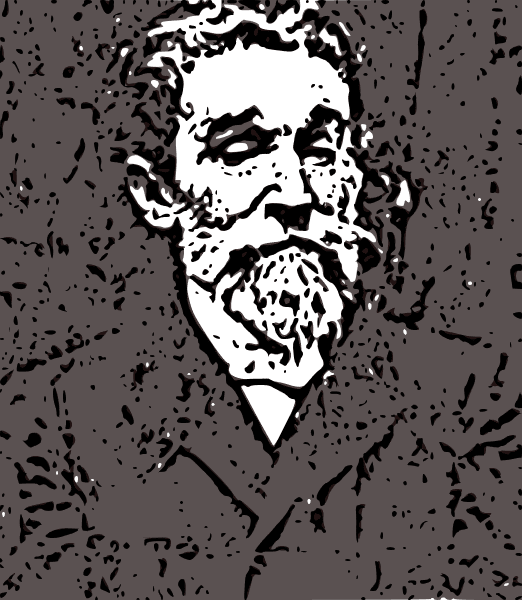 Ottokar Novacek (13 May 1866–3 February 1900), last name also written as Nováček, was an Austro-Hungarian violin and viola virtuoso (Metz, 2007). Ottokar was also a gifted composer and performer (Metz, 2007). Of the various musicians in the Novacek family, including his father Martin (1834–1906), Rudolf (1860–1929), Karl (1868–1929), and Victor Novacek (1875–1914), Ottokar is the most known (Metz, 2007; Petrucci Music Library). Admittedly, existing biographical dictionaries briefly mention or notice Novacek, thus yielding very little information about his life (Bellamann, 1921). What can be discerned from the available materials on Novacek, indicates that he was forced to retire early as the result of his increasingly ill health (Johnson, 2021; Metz, 2007). While in New York, at the relatively young age of 34, Mr. Novacek succumbed to his ailments (Bellamann, 1921; Metz, 2007). Living during the Romantic period, Novacek best fits the classical genre, with a focus on chamber music and concerto (Johnson, 2021).

In total, Novacek’s works include a piano concerto (Concerto Eroico, Op. 8), eight caprices specifically for violin and piano (Concert Caprices, Op. 5: Der Paganinistrich (Likely inspired by Paganini's Caprice no.16), Das Spiccato, Legato, Perpetuum mobile, Der Einklang, Chromatique, Arpeggio, and Dudelsack), three string quartets (String Quartet in E Minor; String Quartet, Op. 10; String Quartet, Op. 13), as well as some songs “arranged for texts by Tolstoy” (Johnson, 2021). Despite his number of works, which were met with public success, Novacek seems to be historically insignificant. Unfortunately, Novacek remains “almost unknown in the music world” (Metz, 2007). Nevertheless, Novacek did have supporters. Perhaps it was the personality (i.e. character) of Novacek, along with his futuristic and expressionist language, that drew out his opponents (Metz, 2007). His musical work was met with some opposition, as it was considered atypical for the period (Metz, 2007).

As noted by Bellamann (1921), the impression that Novacek’s pieces left the audience, were “that of a rather Hungarian Beethoven.” According to one Berlin newspaper, “The work is not beautiful in popular terms, but it is certainly a witty piece of music” (AMZ, 1896, quoted in Metz, 2007). For some, they were tragically grandeur and more “brilliant and exotically colored” than Beethoven’s works (Bellamann, 1921). Especially in reading Novacek’s concerto, from its opening to its conclusion, it is perceived to be dramatic, moving, threatening, clangorous, exciting, and strict in its accents (Bellamann, 1921; Metz, 2007). In another, much harsher review, Novacek’s concerto was described as such: “If you, dear reader, place a large chain dog with your front paws on the keyboard and then whip it through from behind, the listener has exactly the same effect as if this Slavic haggling concert is played, which haphazardly strings together all the piano hit exercises” (NBMZ, 1896, quoted in Metz, 2007). Although the score was criticized as incomprehensible, the lively applause provided by the audience testified its worth (Metz, 2007).

Novacek’s Growth as a Musician: Major Influences and Figures

Meeting at some point between 1891 and 1894, Ferruccio Busoni (1866–1924) and Novacek would come to know each other well (Metz, 2007). Busoni (see Roberge, 1995) was not only an impactful figure on American music, but also in Novacek’s life. In many instances, the two would perform collaboratively or in reference to one another. Such instances include two concerts, held in Copenhagen during 1896 and 1903 (Beaumont, 1989). Novacek’s friendship with Busoni was “evidently very close” (Beaumont, 1989). Busoni would eventually dedicate one of his works to Novacek, which was suspected to be “full of private musical symbols” and created the question of “programmatic interpretation of the sonata” (Beaumont, 1989). The context behind this sonata, unfortunately, continues to remain a mystery. Whether this piece was intended to directly or indirectly reveal the parts or nature of the two musicians’ relationship, has yet to be determined.

The finer details of Novacek’s employment, including the circumstances around any freelance work (i.e. commissions) or financial struggles, are hardly to be found. However, his studies, and subsequent career, were built on a few notable positions in Vienna, Germany, and the United States (Johnson, 2021). Novacek initially began his studies under Jakob Dont (1815–1888), who was an Austrian soloist and instructor at the Staatliche Akademie der Tonkunst (State Academy of Music), the Pädagogisches Institut (Pedagogical Institute), and the Vienna Conservatory (Kaplunas, 2008). Supposedly, Jakob Dont drew inspiration from the teachings of Giovanni Battista Viotti and Pierre Rode (Kaplunas, 2008). It is feasible that these composers, and their wisdom, influenced Novacek’s lessons. Novacek would further his studies in Germany, specifically at the University of Leipzig (Johnson, 2021). He took instructions from Henry Schradieck (1846–1918) and the famous Adolph Davidovich Brodsky (1851–1929) (see Thomason, 2019), eventually winning the Mendelssohn Prize (i.e. Mendelssohn Scholarship) (Metz, 2007).

Starting at the age of 14, Novacek began his career as a violin player for the Gewandhaus Orchestra (Johnson, 2021; Metz, 2007). Later joining the Brodsky Quartet, Novacek was first accepted as their second violinist (Johnson, 2021; Metz, 2007). He would eventually become their viola player (Metz, 2007). After migrating to the United States, Novacek took up employment in New York, playing with both the Boston Symphony under Arthur Nikisch (1855–1922) (see Mahler Foundation, 2015) and the Damrosch Orchestra (Bellamann, 1921; Johnson, 2021). This would last until a “weakness of the heart compelled him to give up playing,” resulting in a new found devotion to composition (Bellamann, 1921).

In order to understand how a composition is formed, it is important to observe “how even the slightest ornament is made to bear its share in the symphonic burden” (Bellamann, 1921). For such reasons, Novacek’s Concerto Eroico is particularly remarkable, as it is “in one movement with a number of divisions” (Bellamann, 1921). Provided that this concerto was dedicated to Busoni, it was only fitting that Busoni would be the first to publicly perform the piece (Bellamann, 1921). With that being said, this piece has been both praised and scrutinized since its debut. It has been suggested that one would not choose to play such a concerto, unless done so with the assistance of first-class musicians and a premiere venue (Metz, 2007). The contents of the composition are considered abstruse (i.e. obscure) and technically difficult. To play such a piece would require “exceptionally strong wrists, great dexterity of finger and the mental capacity to sustain an unusual mood” (Bellamann, 1921). To further add to the frustration, of both the player and the listener, Novacek’s concerto was forty-five pages in length, consisting of “closely woven score” (Bellamann, 1921). This, perhaps, was telling of Novacek’s skill and persistence.

Contrary to the notion that Novacek was well beyond his years, his concerto would seem appropriate for the period. Given the adoption of Romanticism (i.e. artistic movement), the “sense of spiritual greatness” and the defiant “acceptance of life” (Bellamann, 1921) that came from Novacek’s piece surely would have related to his fellow musicians, artists, and citizens. Overall, the concerto was sombre, fateful, funereal, and triumphant. Simultaneously, it avoided being fretful, pessimistic, lugubrious, or bacchanalian (i.e. riotously drunken) (Bellamann, 1921). One would assume that this piece was balanced in its means of expression, however, it has been recommended that the orchestral part be shaded “more carefully, and thereby create more clarity and a heightened effect,” as the work “showed a terrible, painful lack of economic healing of light and shadow” (AMZ, 1896, quoted in Metz, 2007). Arguably, this concerto fails to provide moments of rest for the audience, and consequently, the “listener's sense of tone is already dulled” from the very beginning (AMZ, 1896, quoted in Metz, 2007). Nonetheless, the concerto impressed with its “powerful energy” and “harmonic paradoxes” (AMZ, 1896, quoted in Metz, 2007).