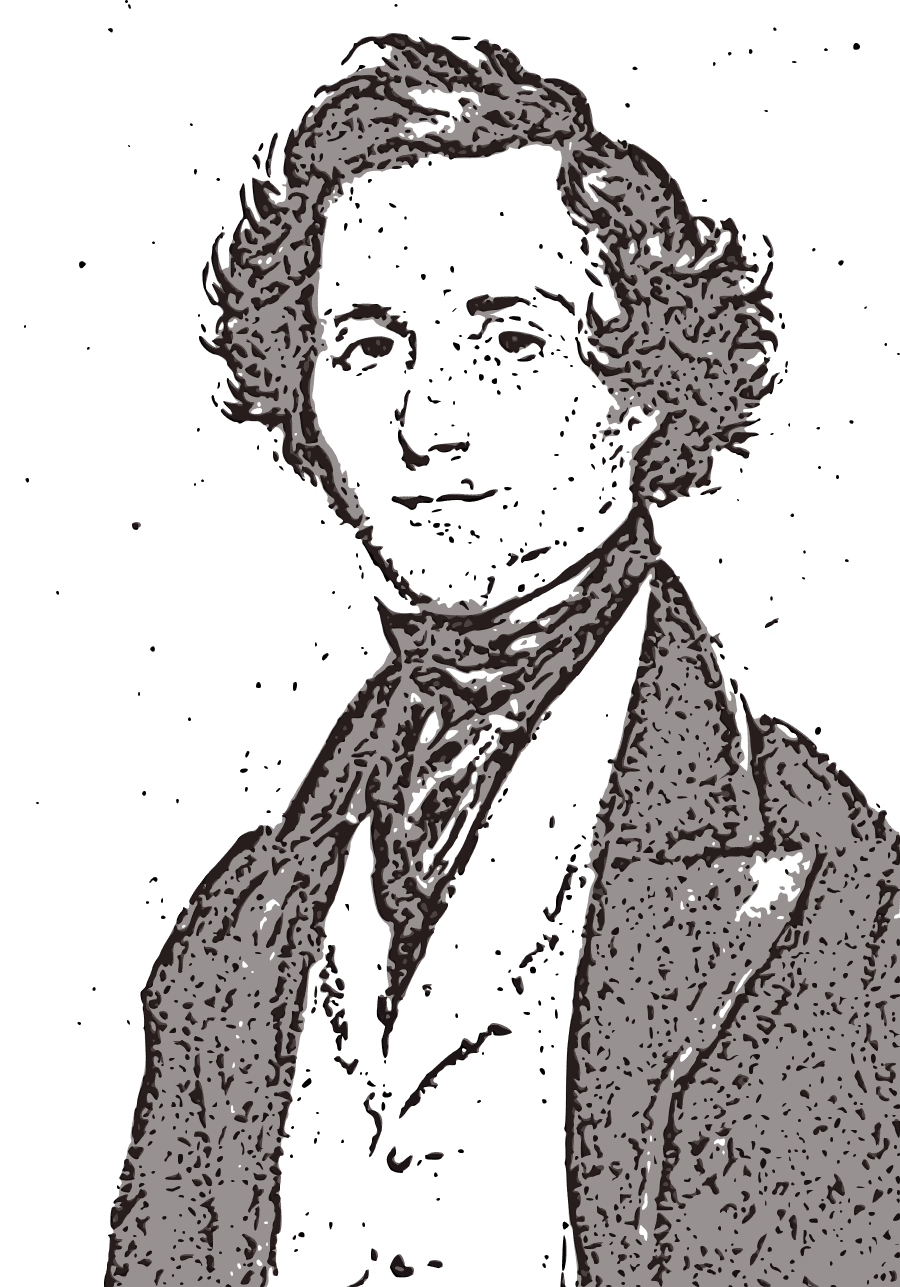 The late eighteenth and early to mind nineteenth centuries were important for transitioning from the Classical to the Romantic era, stylistically speaking. Felix Bartholdy Mendelssohn was born into this transitional time in Hamburg, 1809, and had written Classical-Romantic music, mixing the old with the new, later transitioning fully into Romantic.

Young Felix and his sister, Fanny Mendelssohn, learned piano from their mother, Lea Salomon-Bartholdy and Marie Bigot in Paris. The siblings moved on to Ludwig Berger, a virtuoso pianist who’s performing career was cut shortly due to nerve-related problems in his arm. Carl Zelter taught Mendelssohn music theory and conducted the Berliner Singakademie, where Mendelssohn was an alto singer, while Carl Wilhelm Henning, a concertmaster, taught him to play the violin. Mendelssohn had returned to Paris in 1825 by the encouragement of his father to introduce him to Luigi Cherubini, who welcomed the visit and invited Mendelssohn to be his pupil – which Mendelssohn refused due to his preference for his home-town. Composition came easily to Felix, who’d written multiple orchestral works at such a young age, and had them performed and published including his first symphony.

A testament to his wit and talent is the short anecdote that tells of a time in 1821, when Felix performed a Fugue by Bach to Johann Wolfgang von Goethe. He experienced a memory slip in the development of the piece, and improvised a portion until his memory returned to him. Sadly, as in many situations in life where the powerful detest losing their thunder to uprising talent,

the powerful music director of Berlin’s State Opera, Gaspare Spontini, pulled from further performances Mendelssohn’s ‘Die Hochzeit des Camacho’ (The Wedding of Camacho) Opera even though it was extremely well received by the audience. Felix was only seventeen years old, and his career was far from over.

The following years he toured Europe, conducting his own music and performing L. V. Beethoven’s ‘Emperor’ Piano concerto No.5 in E-flat, and C. M. Weber’s Konzertstuck (Concert piece) Op.79 in F minor for piano and orchestra. 1835 proved to be one of his most fruitful, as he found himself to be the conductor of the Gewandhaus Orchestra, to which he appointed Ferdinand David, the dedicatee to his violin concerto, the concertmaster.

One of the composer’s grandest remnants is the music school he opened in late 1842 or early 1843, the Conservatorium of Music in Leipzig, now known as Hochschule Fur Musik Und Theater ‘Felix Mendelssohn Bartholdy’ Leipzig.

Mr. David, Joachim, Niels Gade, and Schumann were all respected members at the school.

Mendelssohn Arranged Bach Partita No.2 in D minor for violin and piano.