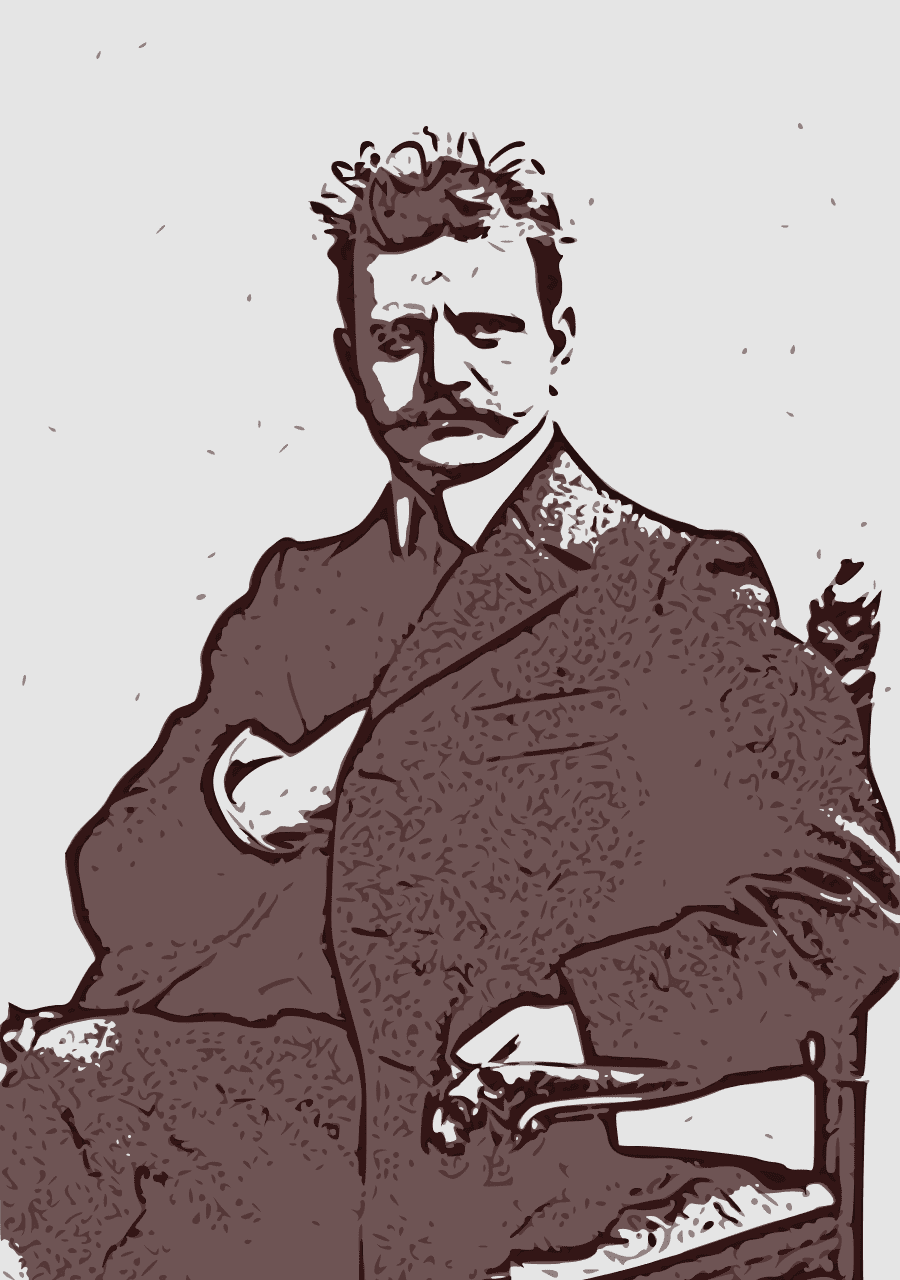 Born to the name Johan Julius Christian, whose first name was later adapted to both Janne and Jean (Classic FM, 2021), Jean Sibelius (8 December 1865–20 September 1957) was a Finnish symphonist and violinist of the Late Romantic and early 20th century genres (San Francisco Classical Voice, 2021). The music that he played was of particular importance, providing a role in the formation of the Finnish national identity (Philadelphia Chamber Music Society, 2021). Ultimately, Sibelius was a prolific composer (Classic FM, 2021) and a national hero to his homeland (San Francisco Classical Voice, 2021). Although his name is currently used with regards to a music composing software, his legacy is deserving of public attention (Classic FM, 2021). This is especially true, given that his music “spans an enormous emotional range, and many of his innovations remain influential on contemporary composers” (San Francisco Classical Voice, 2021). Sibelius, who was firstly dismissed as a conservative, would eventually emerge as a composer with international status (Clements, 2020). Impressively, and very early on, he won “an unusually appreciative following in the United States” (Pollack, 2000).

Arguably, Sibelius dominated his country’s music almost completely. As indicated by Clements (2020), Sibelius’s music is “seeped in the myths and the natural marvels of his homeland,” representing the struggles of Finland to find its self-determination and independence from Russia. In his aesthetics, and similarly in his works, Sibelius projected a strong and severe impression, particularly towards the end of WWI (San Francisco Classical Voice, 2021). Described by Stoeckel (1971), Sibelius’s hair was “clipped quite close” and his clothes, linen, as well as shoes “of the best make and cut.” By the 1920s and 1930s, however, Sibelius’s popularity and productivity had peaked (Pollack, 2000). His career would decline rapidly after that, producing no large-scale works “for the remaining thirty years of his life” (Philadelphia Chamber Music Society, 2021). Among the many pieces in his portfolio, Sibelius’s best and well-known compositions include Finlandia, the Karelia Suite, The Swan of Tuonela, the Violin Concerto in D minor, and Valse triste (Philadelphia Chamber Music Society, 2021). The core of Sibelius’s work was his Seven Symphonies, a late masterpiece that was completed between 1915 to 1926 (San Francisco Classical Voice, 2021). In the span of his career, Sibelius would go on to produce over 100 songs for the voice and piano, 21 individual publications of choral music, and incidental music for 13 plays (Philadelphia Chamber Music Society, 2021).

Sibelius’ Growth as a Musician: Major Influences and Figures

Possibly, the start of the 20th century was “one of the most turbulent periods in musical history” (Clements, 2020). Seemingly, Sibelius was not heavily influenced or discouraged by the social and historical events surrounding him. Regardless, he continued to pursue his own path, “hardly touched by the swirling currents of modernism across Europe” (Clements, 2020). With that being said, he did meet several leading composers of his time, including Debussy, Schoenberg, Strauss, and Mahler. Sibelius’s beliefs did differ from these figures, as he maintained his faith in the “discipline and coherence of symphonic thinking” (Clements, 2020). In turn, he opposed the notion that music was worldly and needed to “embrace everything” (Mahler, quoted in Clements, 2020).

Although Sibelius had an affinity for music, he was not regarded as a prodigy (Classic FM, 2021). Up until the age of nine, he had yet to start any formal piano or violin lessons (Clements, 2020). Sibelius had become quite the accomplished violin player, as he had entered the new Helsinki Music Institute (San Francisco Classical Voice, 2021). Despite this, and with a growing enthusiasm, he “studied composition from books” (Classic FM, 2021) and composed “copiously through his teens” (Clements, 2020). He would inevitably become a composition student, studying under the academy’s founder, Martin Wegelius (1846–1906) (see Wegelius, 2021). Unfortunately, it was around this time that Sibelius “was starting to realise that he would never become the violin virtuoso he aspired to be” (Clements, 2020). Subsequently, his compositions were encouraged and his studies taken to Berlin and Vienna (Clements, 2020; San Francisco Classical Voice, 2021).

As a man, and an artist, Sibelius was attributed two principles of greatness. According to Stoeckel and Sibelius (1971), these were simplicity and modesty. Sibelius, in creating his compositions, “progressively stripped away formal markers of sonata form” (Philadelphia Chamber Music Society, 2021). Strikingly, Sibelius did not contrast a multitude of themes. Rather, he “focused on the idea of continuously evolving cells and fragments” that would lead to a monumental statement (Philadelphia Chamber Music Society, 2021). The progression of his skills and compositions began to reveal the “terse voice of the mature Sibelius, which became ever more distinctive and original” (Clements, 2020). These mature works were considered by many critics to be modern, and a “welcome alternative to the two dominant forms of continental modernism” (Pollack, 2000). He solidified and matured his style through a series of revisions, choosing to publish his works much later than when they were created (San Francisco Classical Voice, 2021).