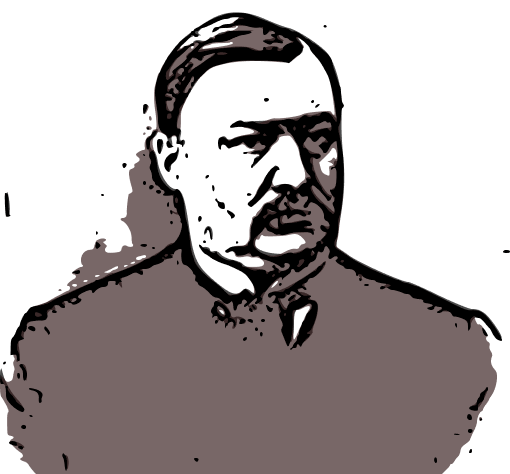 In August of 1865 in Saint Petersburg, Russia, Alexandr Constantinovich Glazunov (Aleksander / Aleksandre Konstantinovich Glazounov / Glazunoff) was born to a famous publisher. His first known piano and music theory teacher was Elenovsky (first name unknown) at the age of nine, a pupil of pianist Felix Dreyschock. Before his lessons he visited the university to observe lectures. By the time he met Mily Balakirev 1879, he’d shown a talent for composition sufficient to impress the famed composer, who recommended he continue to explore his musicality and further develop as a composer and advocated for him to take private lessons from Nikolai Rimsky-Korsakov. In his teens, Mr. Glazunov produced multiple successfully performed pieces including his first Overture on Greek Themes op.3 (dedicated to musician Louis-Albert Bourgault-Ducoudray), conducted by Anton Rubinstein at the Russian Musical Society. Franz Liszt’s respect of Glazunov can receive some credit for some of his success outside of Russia. His debut as a conductor was made in Paris in 1889 and in 1900 received a professorial position at the Conservatory of Saint Petersburg.

He played a roll in Sergei Prokofiev’s life when advising him to join the conservatory in the early 1900s.

And an orchestral piece called ‘The Kremlin’ to Modest Mussorgsky.