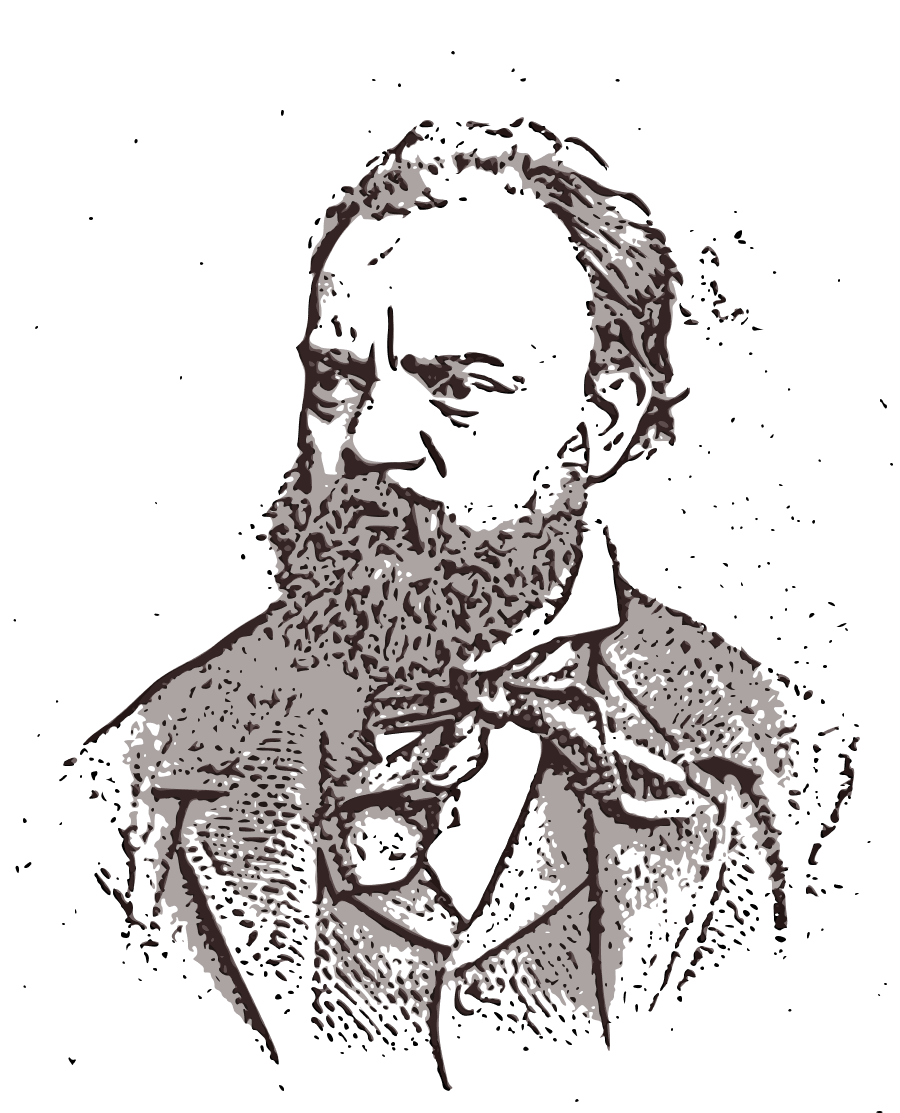 Leopold Antonin Dvorak was born in September of 1841 in Mühlhausen, Bohemia in the Czech Republic. His musical mind and ambitions were encouraged by intermittent bands of musicians who performed at the Inn owned by his father, František (Franz) Dvořák. His first known violin teacher was the schoolmaster of the village (likely Jan Josef Kovařík).

He was then elevated to be a solo singer and violinist at the church, once appearing too nervous to perform.

Franz took Antonin to Zlonitz (Zlonice) to stay with Antonín Zdenĕk (his uncle), and to study music theory, organ, and piano with Anton Liehmann. He’d helped Dvorak attain the ability to read and improvise accompaniment from figured bass.

Against his father’s wishes, Antonin traveled to Prague and studied the organ under Karl F. Pitzsch.To receive salary he joined a small orchestra (band) and played viola. Luckily, in 1862, this band was hired to a new Bohemian theater, and Dvorak became an orchestra player when it was fully established. Through this employment he became acquainted with the ‘Moldau’ composer, Bedrich Smetana.

Antonin lived in New York for three years from 1892 to 1895. While in New York, he composed his most famous piece – Symphony No.9 “”From the New World” (New World Symphony). And it was premiered by the New York Philharmonic Society at Carnegie Hall. (It is sometimes referred to as the 5th symphony as this is how it was first published by Simrock in Berlin, 1894).

Another of Dvorak’s most momentous masterworks is his Piano Quintet No.2 in A major opus 81. for two violins, viola, cello, and piano, dedicated to professor Bohdan Neureuther, a music teacher.

Josef Suk dedicated his 2nd Symphony in C minor op.27 to Dvorak, who was his father in law, in1905. It is nicknamed ‘Asrael Symphony’ and it is essentially a funeral symphony as it was written a few months after Dvorak’s death and the title refers to the ‘angel of death’. The immense orchestra includes a piccolo, two flutes, oboes, clarinets, and bassoons, contrabassoon, bass clarinet, six horns, three trumpets and trombones, a tuba, timpani, triangle and cymbals, bass drum, harp, and strings:

Dvorak made arrangements for orchestra of some of Brahms’ Hungarian Dances.