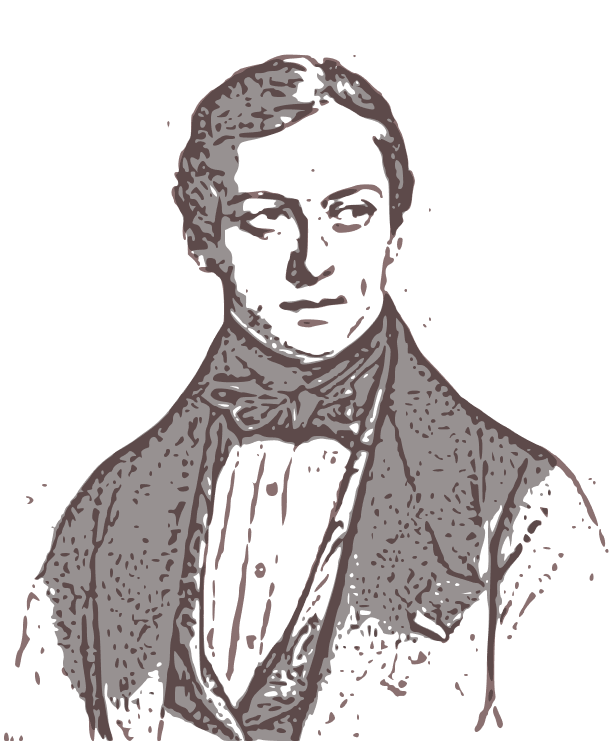 Charles Auguste de Beriot was born into a Belgian family of noble roots in February of 1802, in Louvain (Leuven) Belgium.His first teacher was Jean-François Tiby, (1772-1844). Sadly Beriot lost his parents in 1811 at just nine years old, but Professor Tiby also took on the role of a guardian to him and invested himself in the musical development of this talented child. Still at this young age, the brilliant Charles performed Viotti’s violin concerto (Most likely No.22, although it could also have been 14, 25, or 28) in A minor for the public. The well known French Philosopher Joseph Jacotot was a fan of de Beriot and positively affected his life encouraging perseverance. Charles actively studied with Jacotot to obtain as much knowledge as he could.In 1821 he relocated to Paris where he performed for Viotti himself, whom was impressed and continued provided musical mentorship to him. He also studied with violinist Pierre Marie François de Sales Baillot.Beriot gained popularity in England as well, having performed with the orchestra and in many places in Great Britain. The first concert was at the Royal Philharmonic Society in May of 1826 where he played a composition of his own (possibly one of his early Airs with Variations as the dates fit).He arrived back at Belgium where he became the soloist of King (monarch) William I’s (of the Netherlands) band. This was halted by the start of the Revolution in 1830.His retirement in 1852 followed a teaching career in the Brussels Conservatory due to health problems (which ultimately resulted in complete loss of eyesight). His funeral on April 12th, 1870 at the Church of st. Gudule (now known as Cathedral of St. Michael and St. Gudula) recorded to have attendance of virtuoso Henri Vieuxtemps, and directors of Liege and Antwerp Conservatories.Dedications to Mr. Beriot include the following pieces worthy of study:Jules Toroupenas, (very difficult) 12 violin caprices op. 1

Henri Vieuxtemps ‘Fantaisie-Caprice’ in A Op.11, for violin and orchestra, with the violin part and piano accompaniment.

Fantasia (fantasy) on Dargomyzhsky’s theme ‘My Dear Damsel’ in G, op.115b. For Ivan Semenov who, according to IMSLP, was a Russian violin player:

‘Fantaisie Lyrique’ in G minor op.120 for Henri Leonard (Possibly it is Hubert Léonard, the Violinist from Belgium):