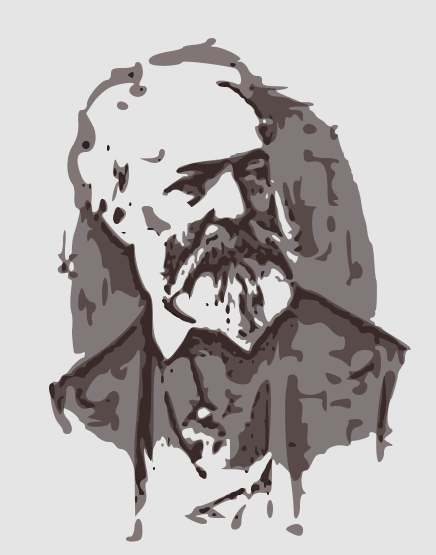 Violinist and prominent composer, Antonio Bazzini was born in March, 1818, in Brescia, a town in the northern part of Italy.

While studying in Milan with Faustino Camisani, Bazzini fruitfully performed in Italy, Germany, Spain, and Belgium, and France. It was Niccolo Paganini who, impressed by Bazzini’s violinistic playing, encouraged Bazzini to travel and perform.

In 1864 he returned to his birth place to concentrate on composing, and produced some large works with mild success.

After a long devotion to composition, he relocated to Milan, where he lived out the rest of his life. His talent and hard work led him to become designated as composition professor in Milan Conservatory of music, which he would rise up to direct less than a decade later. Though he’d hoped to become distinguished as a composer, he remained most popularly as a great performer and teacher.

Bazzini is remembered as a prominent and influential artist in Italian history. It should be noted particularly for violinists, that unbeknownst to many of us, he had written five violin concertos with valuable technical complexities.

Below is a list of where to find concertos by Bazzini. Some are available to download while others can be found in a library:

It is worth your time to discover Bazzini’s ‘Fantasia su Motivi della Traviata’, op. 50. or ‘Traviata-Fantasie’. There are many known pieces based on Verdi’s piece ‘La Traviata’. But this one is much less known, and unique in technical necessity, which make it an interesting study piece: https://imslp.org/wiki/Fantasia_su_motivi_della_'Traviata'%2C_Op.50_(Bazzini%2C_Antonio)