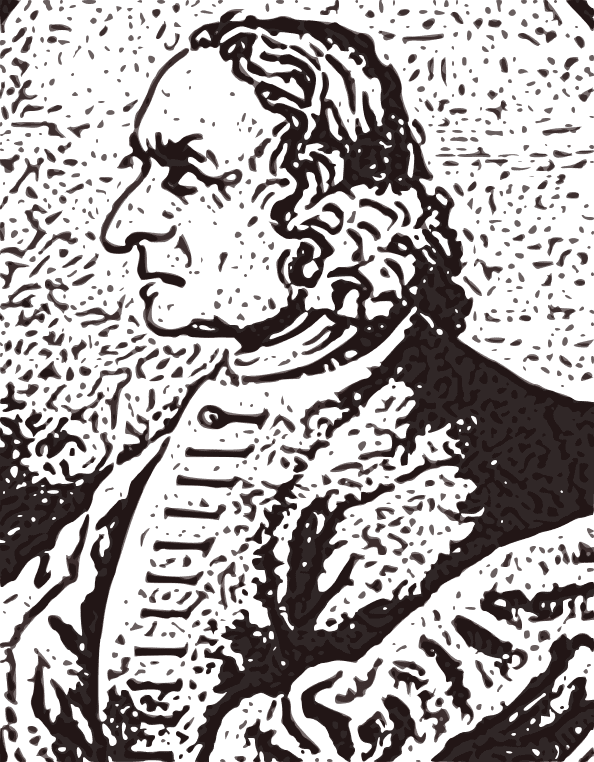 Tartini’s Legacy: The Violinist and Composer

Giuseppe Tartini (8 April 1692–26 February 1770) is celebrated as a distinguished Italian violinist, composer, and founder of the “Scuola di Nazioni” at Padua (Fuller-Maitland, 1910; Pratt, 1924; Sminthe, 2013). Recognized for his method of bowing, which has remained a standard in music (Pratt, 1924), Tartini is also revered as the “originator of certain improvements in the construction and technique of the bow” (Fuller-Maitland, 1910). Regarded with universal pride for his remarkable works, Tartini has been proclaimed as “the finest musician in the world” by the Italians and “the lawgiver of the bow” by the French (Sminthe, 2013). His playing was particularly renowned for its seamless combination of technical and poetic qualities (Predota, 2020). As a musician, Tartini composed about 200 concertos (Shin, 2013). As an instructor, he published many treaties in an attempt to teach, as well as to improve, violin technique and composition (Predota, 2020; Shin, 2013). His ideals heavily focused on three factors, including the clarity of execution and intonation, the beauty of sound, and the subtlety of expressive nuance (Petrobelli, quoted in McVeigh and Hirschberg, found in Sminthe, 2013).

Historically, the act of violin performance has been portrayed or described in close association with the diabolical (Shin, 2013). It has also been widely assumed that Tartini, during a fateful dream, agreed to a pact with the devil (Predota, 2020). Whether this pact actually occurred or not, is still unknown. However, it was not long after this account that the “Devil’s Trill Sonata,” also known as Sonata No. 4, Op.1 in G Minor, emerged as one of Tartini’s best known pieces (Predota, 2020; Shin, 2013). Provided that this piece is particularly difficult, requiring “a number of technical demands such as double stops with trills” (Shin, 2013), it is not surprising that the public would perceive Tartini’s fiddling to be on an inconceivable and inhuman level. Certainly, the piece represented a triumph of imagination (Predota, 2020). Others have speculated that his dream, and the subsequent piece, were merely the products of a subconscious reaction fed by Tartini’s real-life experiences (Sminthe, 2013).

Tartini’s Growth as a Musician: Major Influences and Figures

Due to his secret marriage to Elizabetta Premazore, the niece of the Bishop of Padua, Tartini was forced to take flight (Predota, 2020). Tartini would seek refuge in Assisi, particularly at a monastery (Pratt, 1924). While locked away, Tartini quickly took to learning the violin, studying under Father Boemo (i.e. Bohuslav Cernohorsky) and playing in the convent orchestra (Sminthe, 2013). This would last for at least three years before Tartini was forced to financially support himself. To supplement his income, Tartini would become an itinerant violinist, playing for both the Fano opera house and the orchestra of the Ancona (Predota, 2020). It would be his seriousness and musical ability that would remedy his circumstance, as this led to a successful reconciliation with the Bishop (Sminthe, 2013). Sometime between 1715 and 1716, Tartini eventually established himself in Venice with an invitation to compete with the famed violinist Francesco Veracini (Predota, 2020). To his dismay, Tartini found that Veracini far exceeded his expectations, excelling in skill and management of the bow (Fuller-Maitland, 1910).

Consequently, a humiliated and mortified Tartini withdrew from society, back to Ancona, to study intensively and in isolation (Predota, 2020). It was there that he applied himself “assiduously until he had obtained the perfection he desired” (Fuller-Maitland, 1910). In the several years of Tartini’s solitary practice, it is unclear whether or not he was under the influence of a master (Fuller-Maitland, 1910). Yet, it has been suggested that a “certain obscure musician” by the name of Giulio Terni was officially his first (Fuller-Maitland, 1910). Returning to Padua, Tartini emerged “with a longer bow, thicker strings, and a new control of cantabile playing” (Carter, 2007, found in Sminthe, 2013). By 1721, he was appointed director of the orchestra at the Basilica of St. Anthony (Pratt, 1924), with “an annual stipend of 150 florins” (Fuller-Maitland, 1910) and the “freedom to perform internationally” (Predota, 2020). This position would be exceptional and with a total of sixteen singers and twenty-four instrumentalists, this Chapel was considered “one of the finest in Italy” (Fuller-Maitland, 1910).

Although Tartini “was intended by his father for a monastic career,” he avoided the clerical profession almost entirely (Sminthe, 2013). Instead, Tartini pursued his studies at the University of Padua, which inevitably “caused a good deal of variance between the father and son” (Fuller-Maitland, 1910). While Tartini was enrolled as a law student, contemporary accounts assert that he dedicated his time to fencing and studying music (Predota, 2020). Notably, Tartini was serious, contemplative, and scientifically motivated. He not only relied on research findings, but he also accumulated a massive library of music, philosophy, and mathematics (Sminthe, 2013).

Arguably, Tartini could be considered a music theorist (Predota, 2020), especially given that he was “single-mindedly concerned with throwing light upon the most basic principles of harmony” (Planchart, 1960), publishing his discoveries around 1754 (Predota, 2020). Unlike other theorists at the time, given his position and opinions, these principles were an exact science, derived from mathematical proportions, rather than practical and structural rules (Planchart, 1960). Essentially, his works are not dependent on feelings or artistry, rather, they are dependent on geometry and validity (Planchart, 1960). Certainly, these characteristics of compassion were not considered systematic, and thus held little priority for Tartini. Given that improvisation is an important role in the creation or pre-composition of music, the embellishments, if any, that were “ found in Tartini’s works is, if not fundamentally, at least superficially different from the methods of embellishing that are most commonly used in 18th century violin music today” (Imsen, 2016). Undoubtedly, the implications and approaches to modern training have drastically evolved from Tartini’s original text, which described aspects of the musician’s craft and the practices of the performer (Imsen, 2016).

It was not until 1728 that Tartini fully began his teaching activities, after returning to Padua from his travels in Prague (Predota, 2020). As Tartini was internationally famous, the installment of his establishment not only attracted many prospective students from near and far, but it provided a means for income, collected through tuition fees (Fuller-Maitland, 1910; Predota, 2020). Careful attention was paid to each student, and in 1737, only a total of nine students were accepted (Sminthe, 2013). Among his most recognized pupils were Nardini, Pasqualino, Bini, Ferrari, and Lahoussaye (Pratt, 1924).

Working for over a period of 60 years, Tartini would have experienced decades in which the Age of Enlightenment would have pervaded parts of society, politics, and culture (Imsen, 2016). Such new trends and concepts surely would have affected the lives of Europeans, as well as their interactions. One consequence of these trends and concepts, which applied directly to music, was that of structure (Imsen, 2016). Tartini strongly believed that everything, including music and harmony, were phenomena of nature, specifically a nature that is rigidly ruled and offers the truth (Imsen, 2016; Planchart, 1960). In his compositions and treaties, Tartini embraced the paradigms of universality (Imsen, 2016), while opposing the particularities of art and culture (Polzonetti, 2014). This dichotomy dictated that nature was opposite, as well as superior to art, explained by the notion that nature was “God’s creation” (Imsen, 2016). By contrast, art was believed to be a creation of man, therefore making it erratic and artificial (Imsen, 2016). Additionally, Tartini maintained that music was “instinctively understood by everyone,” regardless of whether or not they had experience or training in the field (Imsen, 2016).

It is important to observe that, when classifying Tartini’s music as “proto-romantic,” it is not to be understood as excessively emotional, but as sentimental and intellectual (Imsen, 2016). While it is true that Tartini was of a logical mindset, he also had a taste for poetry, mysticism, romance, and the fanciful (Music World, 2017). With that being said, these factors likely inspired, or had some influence on, the creation of his compositions. Indeed, his playing has been characterized by sweet and expressive tones, as well as the discreet use of vibrato (Music World, 2017). Some have gone as far as to describe his melodies as “hauntingly poignant” (Sminthe, 2013).

Tartini, however, was not explicit about sharing his thoughts, especially with regards to the annotations of his compositions (Sminthe, 2013). Furthermore, he had a “natural penchant for privacy dovetailing with the necessity for discretion” (Sminthe, 2013). While the composer occasionally toured Italy, he declined a number of invitations to Paris and London (Pratt, 1924), as “not even the most tempting offers could induce him to leave his native country again” (Fuller-Maitland, 1910). Even when approaching death, Tartini seemed to conduct himself discreetly. It was not until after his retirement, along with the decline in his wife’s health, did Tartini turn to an astronomer by the name of Lalande (Sminthe, 2013). Given Tartini’s prior silence, it is likely that he was attempting to avoid expressions of scorn, shock, indignation, and disapproval (Sminthe, 2013). Lalande, who was perceived by Tartini to be an appropriate and matter-of-fact individual, would become his confidant, preserving both “his story and his privacy” (Sminthe, 2013).

Imsen, S. (2016). The Tartini style. An artistic survey of the violinist's craft in the 18th century.